By William A. Masters, Ph.D.

Debate over the origins of COVID-19 has raised awareness of how zoonotic viruses evolve in animals, typically in birds or mammals such as monkeys, rodents or bats, then jump over and spread among livestock and people. We know these diseases originate mainly in low and middle-income countries, but why does spillover happen where it does – and what can we do to stop it?

When researchers investigate the origins of zoonotic disease, they find a variety of complex mechanisms, but a common thread is often the pursuit of food: Food systems are the underlying cause of most new zoonotic diseases. In some cases the link is direct, as when infected animals are hunted or kept for food, while in other cases transmission occurs when people enter or disturb the carrier’s habitat. The severity and infectiousness of disease can also be worsened by malnutrition, for both airborne respiratory viruses like COVID, and viruses transmitted through bodily fluids such as Ebola and HIV.

Our STOP Spillover project has just begun, but we have already learned several big lessons from past experience about how changing food systems can help protect people from zoonotic viruses. We cannot stop the evolution of viruses, but we can stop their spillover and spread that starts when hunter-gatherers interact with wildlife in tropical forests and grasslands, when habitat destruction puts wild animals on the move, or when people bring animals to wet markets where animal products are bought and sold. Food systems drive each of those mechanisms and also affect human resilience, as malnutrition influences the virulence of a disease once it begins to circulate among people.

We do not yet have lessons to share from the STOP Spillover project itself. But, to mark World Food Day we note 5 big ways that countries have leveraged their agriculture and food systems to protect people from zoonotic threats.

1. Watch the frontier. Surveillance of the border between people and nature is our first line of defense, especially around tropical forests and grasslands where animal-borne viruses multiply fastest. At a global level we have reached peak farmland with little net conversion of forest and prairie for agriculture, but continued rural population growth in Africa and unfettered deforestation in parts of Asia and Latin America drive incursion and disruption of animal habitats, making some spillover inevitable.

2. Detect, treat, and contain initial infections. Speed saves lives, for those first affected and especially for secondary infections. Viruses will cross even the most well-protected frontier between people and animals, but initial crossover is highly localized and usually occurs in places with low population density. Catching and stopping zoonotic disease within rural areas, before it spreads to towns and cities with faster person-to-person transmission, depends on effective delivery of primary care in remote communities.

3. Monitor trade. All human societies used wildlife for food and other purposes, hunting and breeding animals in captivity for transport and sale. In some situations an outright ban may be effective, but if the trade moves underground it can become an even more lethal source of zoonotic disease. Monitoring and regulation is often a more effective way to limit infection, though basic hygiene and early detection when cases do occur.

4. Switch up the food chain. Zoonotic spillover ends when contact with wild animals is replaced by other activities, including use of more productive crops and livestock as well as nonfarm activities. Investments in sustainable intensification of settled areas can draw workers away from incursions and exploitation of forests and grasslands, creating employment in agriculture and supplying safer, lower cost and more nutritious foods than traditional wildlife.

5. Improve health and nutrition. The death toll from infectious diseases like measles declined sharply in the 18th and 19th centuries, long before people had any idea how to prevent or treat disease. What worked was basic hygiene and improved nutrition, leading to stronger immune systems. Improved nutrition is possible only above basic poverty lines, when people can afford adequate diets, but additional effort is needed to ensure that food choices meet nutritional needs, avoiding obesity and diet-related diseases that weaken immune response and worsen disease severity.

On this World Food Day, we can see how food system transformation plays a surprisingly large role in prevention of zoonotic disease. Most of the direct investments needed to stop spillover involve veterinary science and health service provision, but food system change has a big role as well. Food systems are changing rapidly, and a unified One Health perspective can help us move rapidly towards a more sustainable, healthier future. 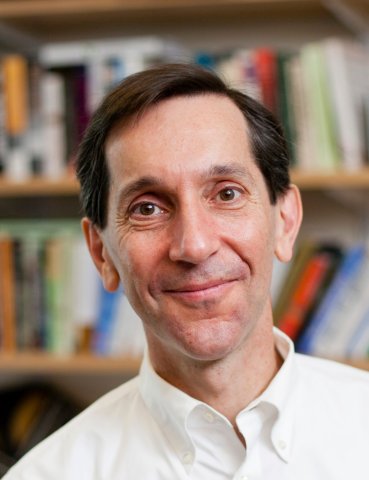 It comes down to combining efforts of all sectors and together considering all of the risks associated with the emergence of epidemics and pandemics.

STOP Spillover is not about individuals, but instead is a deep collaboration among grassroots, local, regional, national, and global stakeholders.

If we truly want to prevent the next pandemic, we need to take on the big drivers of risks like animal health, land use change, and climate change too.